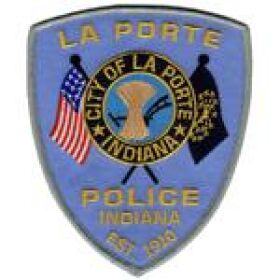 Law Enforcement in La Porte in 1910

When the La Porte Police Department was officially formed on March 1, 1910, the police station was located at 709 Madison Street, where the non-smoking section of Louie's restaurant is located today. It was at that location until 1912. It was then moved to 713 Indiana Avenue where it was located until 1926.

Sergeant Cochrane was the day-shift sergeant and he worked from 6 a.m. to 7 p.m. The night shift sergeant was Sergeant Hohman and he worked from 7 p.m. to 6 p.m. There are no known records indicating which officers worked which shifts. Their only communication to the station and to the officers was by telephone. The officers checked in every six minutes by calling the station.

If you needed a police officer and you had a telephone, remember that not everyone had phones back then, you dialed “1” and that got you the Police Department. If you had no phone you had to get to the police station by bike, car, foot, or horseback and make your report. Or you looked for one of the officers out on foot patrol and made contact with one of them.

Their whole force would not make up one of our patrol shifts today as we typically have at least ten officers on a shift. It is believed that the police handled 30 to 40 complaints a year. Over the last few years, we have averaged anywhere from 28,000 to 31,000 complaints per year.